I’m working of playing around with a Nettuts Sinatra tutorial: 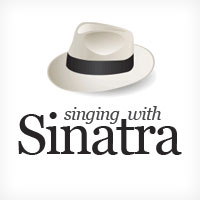 Welcome to Track 1 of "Singing with Sinatra." In this mini-series we'll be taking a look at Sinatra; a small, yet incredibly powerful DSL for quickly creating Ruby web applications. In this part,...

and for whatever reason, I can’t get the shotgun gem to load. My
terminal (Debian Linux) returns the following:

I have tried editing my gem paths, but that shouldn’t be it since
sinatra works, right?

Any help would be appreciated.

I have tried editing my gem paths, but that shouldn’t be it since
sinatra works, right?

How did you install sinatra? You might be using the native Debian
package rather than the gem:

in which case the gems dir may not in fact be on your search path.

I suggest you try the following:

That was the fix I was looking for! Thank you.

One more question: Will I need to enter this path command every time I
rebook Linux? I’ve read a little on having a .bashrc file, but haven’t
attempted to create anything… I might need a little help if the case
is that I will need one.