That sounds like a really good idea. Even if you did accidentally drop
it,
you could always remove it by deletion.

Just thinking alound… When you move the item, presumably AJAX will
then
just update the DB, but how will it know the id of the new parent? Or am
I
being really dumb (most likely)!?

What if drag ‘n’ dropping a published page left a gray entry
representing a redirect, and pressing “delete” on that redirect row
produced a warning saying that people might be linking to that URL?

That’s how I’ve been imagining it, but dragging and dropping between
nested lists can sometimes be a little hard to do. If you make a couple
of accidental drops, you’ll end up with trailing redirects. Maybe that’s
not as much of an issue as I think though - guess we’ll see when there’s
an implementation.

This e-mail has been scanned for all viruses by Star. The
service is powered by MessageLabs. For more information on a proactive
anti-virus service working around the clock, around the globe, visit: 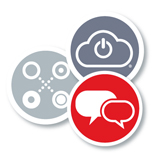 Following Claranet’s acquisition of Star in November 2012, we have been working hard to bring together the two companies as one. Our focus has been on aligning our people, processes and infrastructure in order to offer our customers an expanded...