Some disclaimer first: I am a complete newbie in mongrel and this list,
so please forgive me if I say something weird. I have a problem, I’ve
googled for a solution for quite a while and failed so far, so decided
to ask here.

I am trying to set up my Rails application on Windows according to this
manual: 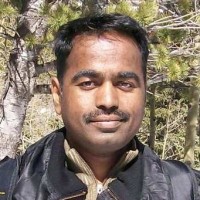 10 Steps to deploy your RubyonRails Application on Windows Vista/2008 using...


. Everything is ok however when I completed all the steps, Apache
complains that it cannot contact proxy - meaning there is something
wrong with mongrel. I digged further and found mongrel keeping
re-starting the ruby process. If I look into a task manager, the picture
is like:

And the process repeats forever. It looks like there is some error
happening but I don’t know any way to capture it.

My OS is Win2k Advanced Server SP4. Any ideas?

That behavior is normal with mongrel_service. has been implemented in
a way that the ruby process automatically restart in case of a
failure, which is seems is happening in the background.

Doing that, you should see, on the console, what is happening.

Please paste the results on your reply so I can help you out.

Thanks in advance,
Mike

The latest version of mongrel available by gem is broken with --prefix
and Rails 2.2. I’d still expect it to simply report an error instead of
consuming all CPU, so that’s odd (but I’ve never developed Rails on
Windows before either).

But if you are using Rails 2.2 that could still be it, since I too have
discovered that you can’t use --prefix with a Rails 2.2 app, without
either patching mongrel or patching your rails app. (I find patching the
Rails app to be easier and less scary, and can tell you how I’ve done it
if this is indeed your issue).

I do think it’s a big odd that Rails 2.2 has been out for so long, but
mongrel hasn’t released a gem that’s compatible with it, or warned
people on the project page that there’s a problem, or what have you.
Makes me kind of worried that there aren’t very many (any?) people on
the mongrel development team, and one shouldn’t count on future
versions.

Ah, actually reading your stack trace, I see it is indeed the --prefix
and modern versions of Rails issue. I still don’t know why that
consumes all CPU instead of just reporting an error.

But mongrel is trying to call a method that no longer exists in RAils
2.3 like you have. (I think it dissappeared in Rails 2.2, but could be
wrong, it’s definitely gone in Rails 2.3).

Try dropping this file in your app’s config/initializers directory, to
basically restore the method that mongrel is trying to call, as a
wrapper for the new way to trigger this functionality.

config/initializers/patch_for_mongrel.rb [name of file can be anything]

We provide a backwards compatible wrapper around the new

Thanks a million, your fix worked like a charm! Everything is ok now.
Thanks again for fast and superb response!

It sure helped me.

Are you using Rails 2.2?
The latest version of mongrel available by gem is broken with --prefix and
Rails 2.2. I’d still expect it to simply report an error instead of
consuming all CPU, so that’s odd (but I’ve never developed Rails on Windows
before either).

Is consuming the CPU since mongrel_service is trying to restart the
ruby process once it failed.

Mea culpa,ruby 1.8.5 used to segfault from time to time and I’ve
implemented that automatic restart at that time to workaround it.

Since ruby is raising an error and exiting, mongrel_service is trying
to restart it

team, and one shouldn’t count on future versions.

I’m here, but basically being focused on updated One-Click Ruby
Installer project, which will make life more easy at least for me on
Windows

I think there is time for a 1.1.6 release with fixes for this and other
details.

I have checked the .yml file. See attached to my post. The error refers
to a comment line. Nothing before the line 74 looks wrong. No tabulation
reached.
I have moved the yml file and install again ruby with the installer.exe.
The old yml file and the new one matches, no différence found. Pretty
strange …

Yes, please read the exception: “syntax error on line 74, …” that is
reading a YAML file, check there is no tab or incorrect indentation in
that file.

I have checked the .yml file. See attached to my post. The error refers
to a comment line. Nothing before the line 74 looks wrong. No tabulation
reached.

You attached the ruby file from YAML, but if you look at the reference
in the output:

You have a YAML file that contains a “: login” that is not a symbol.
There should not be spaces for symbols.

Please check your yaml files, not the YAML parser.

I have moved the yml file and install again ruby with the installer.exe.
The old yml file and the new one matches, no diffrence found. Pretty
strange …

This has nothing to do with the YAML parser or Ruby, is one of your
configuration files.

Sorry, I have found many tabulation in this file replaced them with
space caracter but the problem remained.

Can you pastie the file that contains the authentication line I
mentioned before? There must be a syntax error there you’re not
seeing.

Sorry, I have found many tabulation in this file replaced them with
space caracter but the problem remained.

You solved my problem ! It was amazing for a php devlopper like me to
see the starting ruby service was parsing a yml file I edited one week
ago in the redmine application whereas redmine was still working fine
yesterday. Anyway thanks a lot for your help Luis, I would not think
about searching in my redmine directory the solution. regards.