I always liked Ruby but one simple thing kept me from really digging into Ruby… Scoping.

I’m missing something fundamental about Ruby’s scoping. I know the code below has a scoping problem because I get an error.

But I fail to see why this fixes the problem

Is there any docs which cover Ruby scoping? Something that explains why its done this way.

Ruby starts a new scope whenever you start a new Class, Module or Method definition (these are called “scope gates”). That is why in your first case ‘arr’ is not visible within ‘displayArr’. In the second case you are passing a reference to the value so it works.

I read about this in the book Metaprogramming Ruby by Paolo Perrotta, which discusses how to “flatten the scope”.

If writing a simple script, you could use a global variable:

although I much prefer the second solution, passing in a value to a method.

Scope is an important concept to understand for all Ruby developers. Why? Because it's the source of many error messages & confusion. What is scope? Scope refers to what variables are available at any given point in time. Different kind

To make arr available to displayArr:

But this also defines the method under Kernel if defined like this.

This define_method() or define_singleton_method(), etc, are very helpful because they work as block, but def don’t. So if you need to access variables outside the scope, either use instance variables, global variables, or use define_method()

Can someone explain why its done this way or at least show me another language that does it this way?

Crystal also does it that way

And as said above by me and pcl, you have options, you can use global variable or instance variable to do that. It’s not like you can’t absolutely do that. 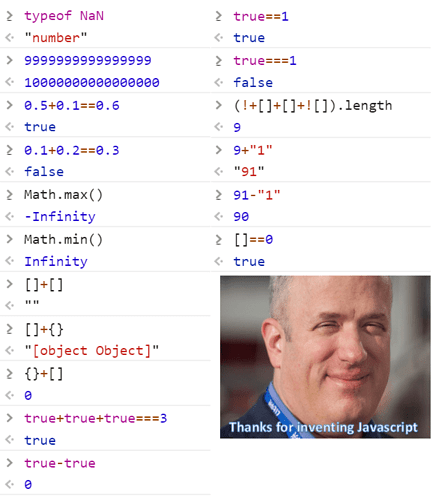 Which language use x to multiply string?

Everything is language specific, and you shouldn’t compare one to another.

JS also has let, var, const, let is more like defining local variable like Ruby, but it pollutes nested scopes. Ruby doesn’t do that. What other language use let and var to define variables? It’s just so confusing, Most of the times JS programs will work without those. People use ; in JS, even though it has Automatic Semicolon Insertion. No other ASI language ask you to use ;, in fact it’s a bad practice in Ruby or Python or in most shells.

So, if another language doesn’t have block concept like Ruby, doesn’t mean Ruby has to eliminate that. It’s been there like this forever. If you think Ruby’s syntax is confusing, try using JS for your console apps!

I just find it remarkable that I can’t understand why locals behave this way in Ruby. There must be a reason it was designed this way. They must have been designed this way for a reason and I can’t figure out what that reason is.

Allowing local variables to be visible inside methods opens up several complications:

There’s a separate concept, the “closure”, which is a function which includes its local environment (local variables) at the point where it is defined. Closures are defined “on the fly”, when you need them in specific cases. You can see an example of a closure with do-end blocks, e.g.:

The do-end closure includes the local environment so it can use sum. The do-end defines a (nameless) function that gets passed to tne each method as an argument.

To my way of thinking, Ruby’s method definitions are perfectly natural. You get a “clean room” within the method definition, but if you really, really want to work with the local environment within your method, you have closures and the scope-flattening define_method etc techniques.

at least show me another language that does it this way?

Rust works this way. You can nest a function inside another function, but it cannot see the local variables, e.g.

Note it recommends using a ‘closure’ if we want to see the local scope.

In Go, you can only use a ‘nameless’ function definition, i.e. a closure, within another function: