How to add a feature to an existing Rails project 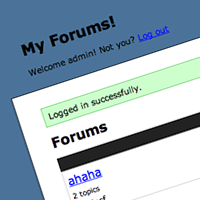 Building a Forum From Scratch with Ruby on Rails

Today, we will be building a simple forum using Ruby on Rails, and we will be working up from the basics covering things like authentication and more advanced database techniques. Ruby on...


and i have already user table etc…