The endeavors of the those I work with has involved applying serious
research in SDR with the aid of people at Ettus and other GNURadio
developers. We have applied serious funding to Ettus R., Inc. in
particular and GNURadio in general. We have every intention of
continuing this and expanding it. We write GPL v3 code and we insist
on the openness continuing. We have given code back to the repository
for years and this will continue. A recent example is the new polyphase
filter bank and arbitrary rate resampler code checked in by one of the
developers for GNURadio.

The amount of money and people time involved is significant to anyone’s
way of thinking and has directly impacted, in my view for the better,
the quality and the quantity of the code currently in the repository.
This too will continue. Companies, governments, scientists, engineers
and even those that don’t know it yet, NEED open source and open
hardware and are supporting it and using it because of their need. Many
in older stodgier communities have been slow to follow but are now
really getting into the act. It is as simple as that. This trend will
continue and you are seeing this trend reported about openly in various
media. One needs only to decide to pay attention to see it.

I would say for now, fear not, and congratulation to Matt. In my
conversations with him, he feels that NI has left him in charge (he is
the president of the new Ettus) and that while Ettus is a wholly owned
subsidiary, it is not a small office inside the megalith of immovable
bureaucracy. Ettus is a maker as are many of the rest of the developers
in GNURadio. I think NI does not want to foul up what is working. In
my mind, knowing something of Matt for years, he would not compromise
his idealism for a buck. I have personal knowledge of at least one
incident where he turned away enough money to satisfy dream’s of avarice
for most of us in a stand in defense of his idealism. I am proud to
know him. The maker mentality’s time has come and while USRP is not
yet in the ideal “maker format” (no 3d printers are involved YET) it is
moving that way with the inexpensive plug in cards. Hopefully you won’t
mind me plugging my favorite ex-EFF employee and favorite current syfy
author’s book on the subject. 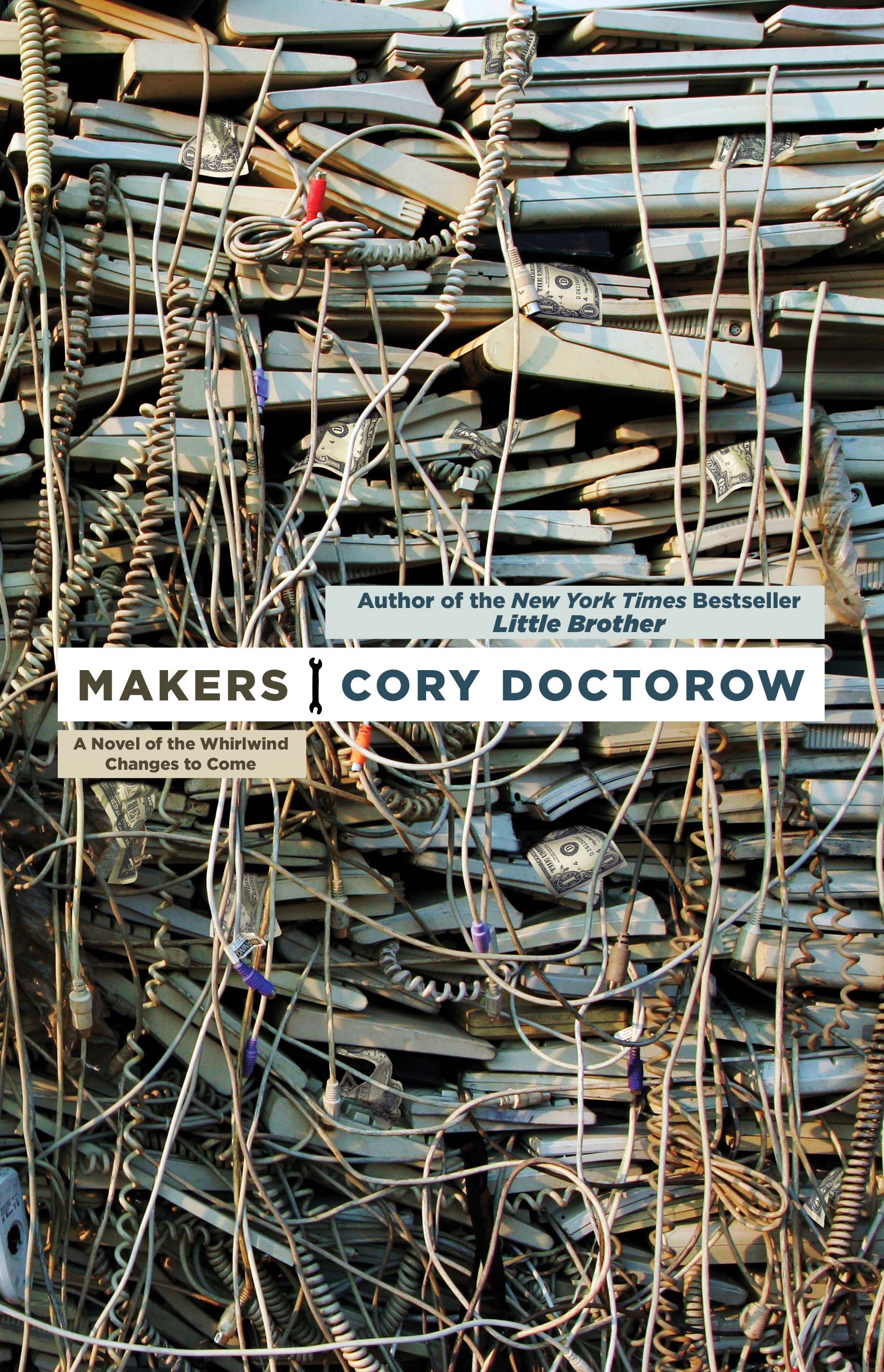 (P.S. I was not informed before it the NI deal was a fait d’accompli and
after I spent some time having contracting officers and project managers
deal with it all, I am personally feeling this will work for us)