Time for a new release. This is mostly bugfixes and a minor addition or
two to work with other extension: 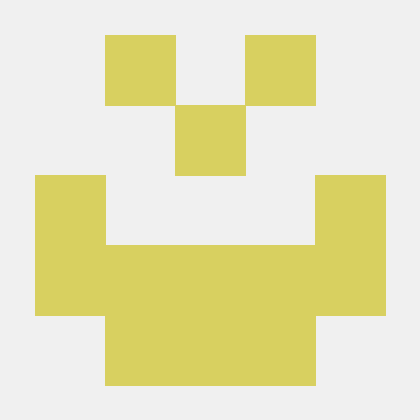 This means that it is time for me to announce my sns_file_system
extension:

Also on the Radiant extensions repository:

You will need the latest version of the file_system extension1, as
well as
Chris’s latest (0.7) release of SnS.

With this extension installed, the styles and scripts are extended to
include the file_system functionality. This means that you can save to
the
file system all of the stylesheets and javascripts that are managed
through
the Radiant interface, by running the rake command rake file_system:to_files. Any changes you make to these files can then be
loaded back in to the database by running rake file_system:to_db.

If you have written an extension, and you would like for it to piggy
back on
the file_system extension, you might consider sns_file_system to be a
useful
reference. Sean’s template extension2 also does this.

Time for a new release. This is mostly bugfixes and a minor addition or
two to work with other extension:

Hint, please, as to the ways we might update depending on the way we
installed.

–
“The Air Force is reacting to the EPA ban on CFC’s by replacing them in
the cooling systems of the ICBMs. If they are ever fired, it will be an
environmentally friendly nuclear holocaust, not threatening the Ozone
layer.” – Access to Energy, July 1993

updating SnS is the same as every other extension, run:

OH WOW! All the git/svn stuff encoded in a rake file!
Why has no-one ever done that before?
Please can we have this done recursively from the root!
Please!

–
A lot of managers talk about ‘thinking out of the box,’ but they don’t
understand the communication process by which that happens. You do not
think out of the box by commanding the box! You think out of the box
precisely by bringing ideas together that don’t allow dominant ideas to
continue to dominate.

Um, no. (Though it would be very cool). In order to make use of the
‘install’ task, you have to have the latest version of SnS (or any
extension) copied into the extension’s directory (from github, svn, or
wherever).

Install in this sense, means:
“migrate the db, copy any needed files into your project’s /public
folder, do anything else the extension writer deems necessary to get
things working”

and not:
“go get the latest version and then install that”

I think the Ray extension may do what you’re looking for.

updating SnS is the same as every other extension, run:

The install task is new to SnS in v0.7. In previous versions (and with
other extensions that dont’ have an install task), run:

Problems With Backing Up

That said, a month or so ago Anton ran into problems when trying to port
data from one Radiant project to another (not quite the same as updating
an existing project). In his case, during the backup/restore, the
text_asset_dependencies table was copied, and the records were copied –
but not their data. As you can imagine, SnS didn’t like that and threw
an error when it couldn’t find the expected data.

Normally, I’d chalk this up to a failure in the import/export process
(he copied and pasted data manually using a sqlite editor) but then Nate
Turnage posted with (essentially) the same problem using the
Import-Export extension. Except in his case, that table just wasn’t
exported because of how the SnS table and model were named (it ignored
them). With this release, I’ve changed SnS so that Import-Export (and
Super-Export) extensions will automatically find the models now. (And
I’ve submitted a patch to those extensions so that this won’t happen
with other extensions).

Rules for copying data from one db to another (SnS or otherwise): Copy
all the data. If using the same db in both places, I might suggest
using your db’s dump tools. The importing-and-exporting extensions
should now work just fine for you too.

I’ve added a new rake task in SnS to repair/rebuild the
text_asset_dependencies table. It exists for a special migrations case
but it would also help the two situations above. Just run:

And SnS will rebuild the text_asset_dependencies table (the table must
exist but it handles both missing and empty records).