I’m excited to be able to announce the forthcoming publication of
Professional Ruby On Rails, from Wrox Press. The book is intended to
bridge the gap between a beginning tutorial and creating a solid
professional application, including security, deployment, navigation,
and project logistics. In addition, it has a very strong focus on unit
and functional testing – most of the code examples in the book are
presented with sample tests and a discussion of testing practices.

The book is slated for release is early 2008, and is in progress as we
speak. The ISBN number is 9780470223888. If you’d like to know more
about the book and it’s progress, I write about it on my blog at
http://10printhello.blogspot.com, and I’ve also added a Twitter feed
where I tend to post about what I’ve done that day – you can find
that at http://twitter.com/noelrappinbook.

Thanks for your time,

If you are interested, the preorder from Amazon link just went up
(full disclosure: this is an affiliate link): 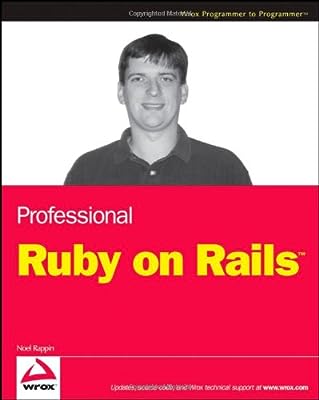 Nothing less than a revolution in the way web applications are constructed,Ruby on Rails (RoR) boasts a straightforward and intuitive nature that avoids programming repetition and makes it infinitely ...