Am I misunderstanding something with my YAML code?

I thought I was grasping the concepts of yaml, but I am growing confused
as
I am messing with it doing some example coding with it. Here is a gist
of my
code.

It works fine until it goes to load the main.yaml file at which point I
get
the following error.

It seems like it should work. Am I just missing something or am I
approaching it wrong. 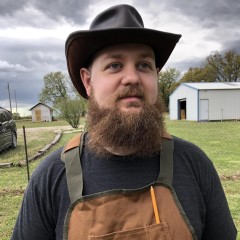 Buddy Lindsey is a Software/DevOps Engineer and CryptoCurrency enthusiest. BuddyLindsey.com is where he likes to teach others and even pontificate about technology.

It seems like it should work. Am I just missing something or am I
approaching it wrong.

save yaml to file

Converts obj to YAML and writes the YAML result to io.

If no io is provided, a string containing the dumped YAML is returned.

Okay, that is what I get for refactoring code. I totally missed that. I
was
trying to make the code a little prettier than it was and completely
disregarded YAML.dump. That makes sense